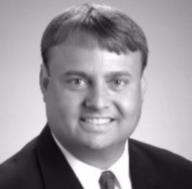 Scott Sjoberg serves as a partner in two Overland Park, Kansas-based businesses that spearhead marketing efforts for various golf courses and golf organizations. Operating under his ownership since 2004, KCMetrogolf.com has experienced double-digit sales growth each year between 2010 and 2016. Since 2006, Scott Sjoberg has also overseen operations at Adastra Metro Golf, which he and three colleagues built from the ground up.

Scott Sjoberg’s experiences with his wife, Kami, led the couple to establish a third business in 2010. After a diagnosis of multiple sclerosis in 1999, Kami had increasingly struggled with normal daily activities. Drawing upon what he’d learned as his wife’s caregiver, Mr. Sjoberg became owner-operator of a branch of the at-home assistance franchise Right at Home. He leads the business in serving clients throughout Greater Kansas City, Missouri, earning designations as the fastest-growing home care agency and one of the top three home care agencies in the area. Scott Sjoberg has recently partnered to franchise a new concept - Bee Organized - Home Organization Services.